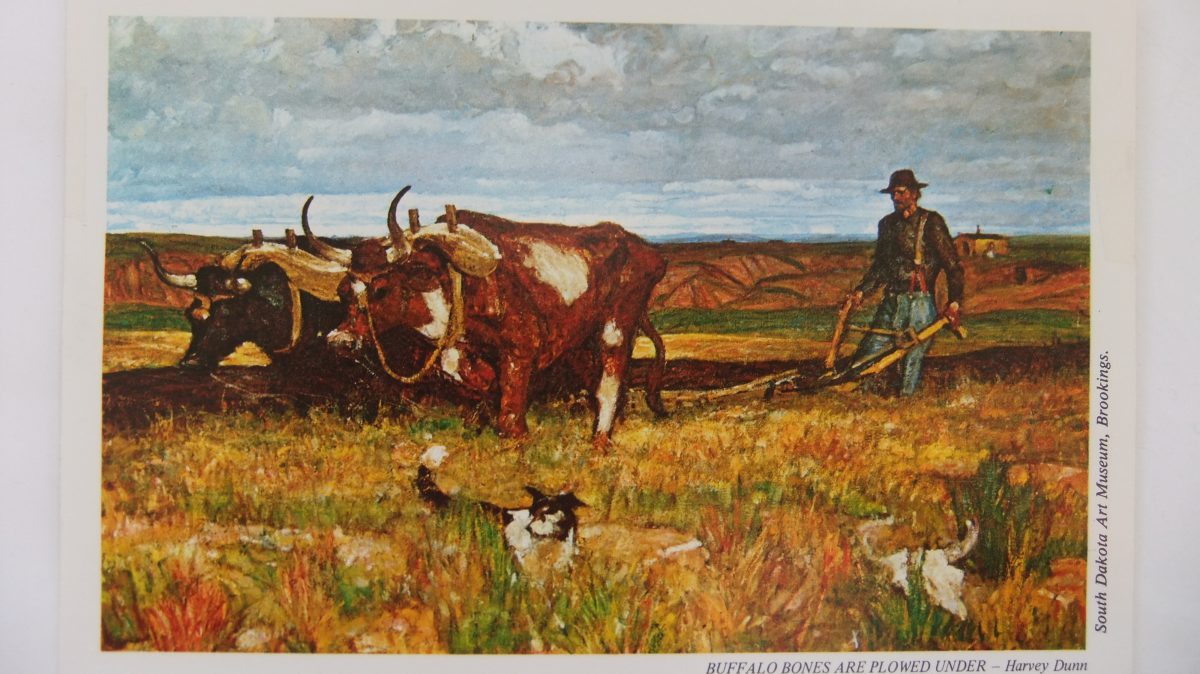 In 1879 Conrad Dietrich Christian Dominicus HUMBKE (referred to as Chris throughout this blog) arrived in the USA from Windheim, Germany and settled in the White Lake – Plankinton area of SW South Dakota.

Immigration to the United States from Germany

Germans choose the best farmland and in 1890, 40% of the farmland was owned by German Americans.

In 2000 the actual number of German-Americans is approximately 25% of the population of the USA.

Chris, at age 22, was sent by the Humbke family to America to find cheap farm land where they could settle. He arrived in New York by ship in April, 1879 and went West to Iowa and South Dakota. Ernst Sr., Chris’s nephew and eldest son of brother Dietrich, arrived on May 12, 1883.

Dietrich, his wife and the other 4 children, followed in August, 1883. They probably took an immigrant train from New York to Buffalo Center, Iowa where they stayed one year before settling in South Dakota in 1884 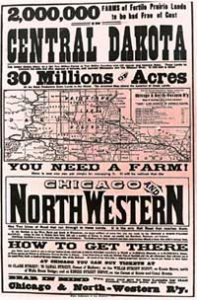 It appears that from 1879 to 1938 Chris lived on his homestead, farmed land and was a laborer, primarily in the White Lake/Plankinton region of South Dakota. His brother Dietrich and his family joined  him there from 1884 to 1891 when they moved to the Tionka/Woden region of Iowa. There were many other German settlers in that area of Iowa and a strong German Lutheran Church had been established.

Not much in known about the activities of Chris other than he lost his homestead for non-payment of taxes; married a German girl, Maria DIRKS, on Nov. 26, 1889; and had a daughter, Louise HUMBKE, on April 13, 1990. 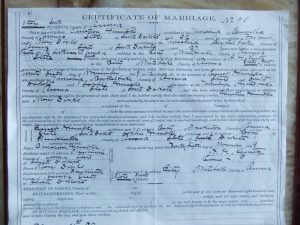 Upon receiving a homestead the first three tasks were to build a home of mud mixed with grass, that had a window and door; dig an earth fire guard around the house to prevent destruction of the home from a prairie fire; and prepare & plant a garden for food. Then the land was broken for seeding corn or wheat.

In researching the lives of the two brothers who came from a family of eight and settled in North America; Dietrich’s own family totaled eleven and provided him with 46 grandchildren whereas Chris had a wife, one daughter, and one known grandchild. I could not help but feel a certain sadness for Chris, mainly because I could find so little information about him and have not found where he is buried in South Dakota.

A few contributions of Geman Culture to life in America

Family events surrounding Christmas Trees, Santa Claus and New Year’s Eve were all introduced in America by German Americans. They also created a more relaxed, less puritan attitude towards Sunday. For them it was also a day of rest, relaxation and enjoyment with the family.

For further reading check out: http://www.germanheritage.com/essays/

As I read more about my grandfather, great grandfather, their wives and families, I realize the great trials and tribulations they went through to provide the life of convenience and luxury that we live today. They left a tremendous legacy we can all be proud of.

Your thoughts and questions are encouraged. I would appreciate any suggestions as to how to find more information about Chris – where he is buried in South Dakota and the NAMES & LOCATIONS of any passed or living descendant of:

Unconfirmed information indicate Louise HUMBKE married Alex DIRKS b. July 20, 1884 in Syria. Louise died May 12, 1973 and Alex passed away Oct. 15,1974. They are both buried at Hill of Rest Memorial Park in Sioux Falls, South Dakota. According to the 1940 census daughters Violet was born in 1917 and Verena in 1919.