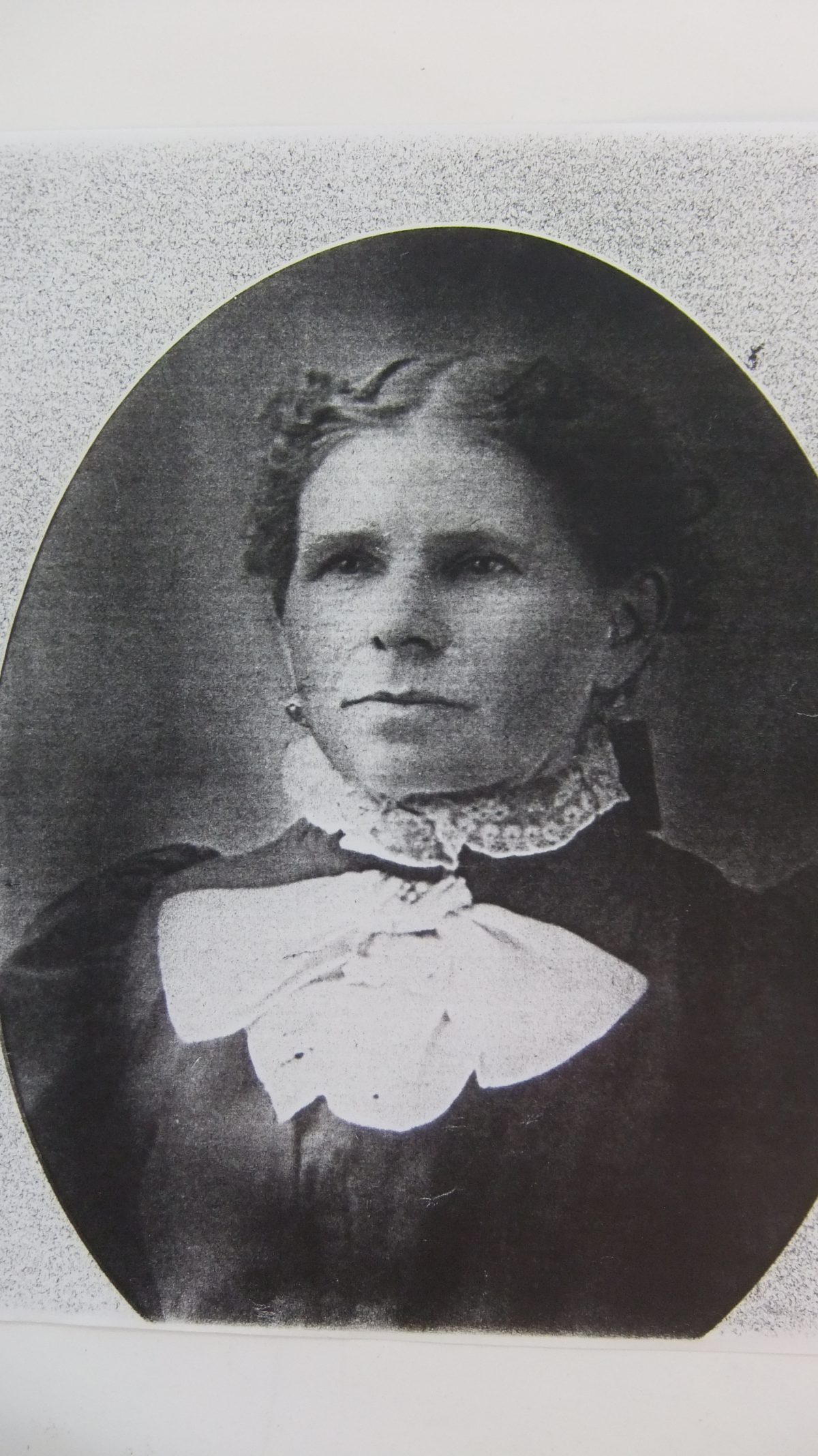 On Sept. 11, 1843 Sophie Marie Luise HUMBKE was the third and final child born to the family of Johann and Mary SCHNEPEL of house #38 in the village of Dohren, Windheim District, Germany. She was baptised at the Dohren Church 3 days later and would spend her childhood in Dohren  a village of a few hundred, with her older brother Ernst Friedrich Conrad b. June 15, 1814 and an older sister Auguste Wilhelmine Luise b. on Mar. 1, 1867.

There is little information about her brother, other than that he would marry on Sep 2 1868 to Catherine Lisette Dorette Busching and passed away on Oct. 12, 1906. Even less is known of her sister Auguste.

By 1750 Lutheran, along with other reform churches, struggled against the Pope and Catholicism. They were to eventually became the  Evangelisch Church that was most common in the Windheim District. Religion was extremely important and deeply affected the life of all members of the community.

At that time, after the families had built necessary living quarters for humans and animals, the next building to be built was a church. By the time they got to Canada in 1902, that had changed and they built the New Berlin one room school as a school, community center and church on Sundays.

From 1600 to 1900 life was extremely difficult for women and it is estimated by some historians that a women’s life during this period was twice as hard as that of a man.  Women worked nearly constantly year around and were in a state of pregnancy or recovering from giving birth or miscarriage. 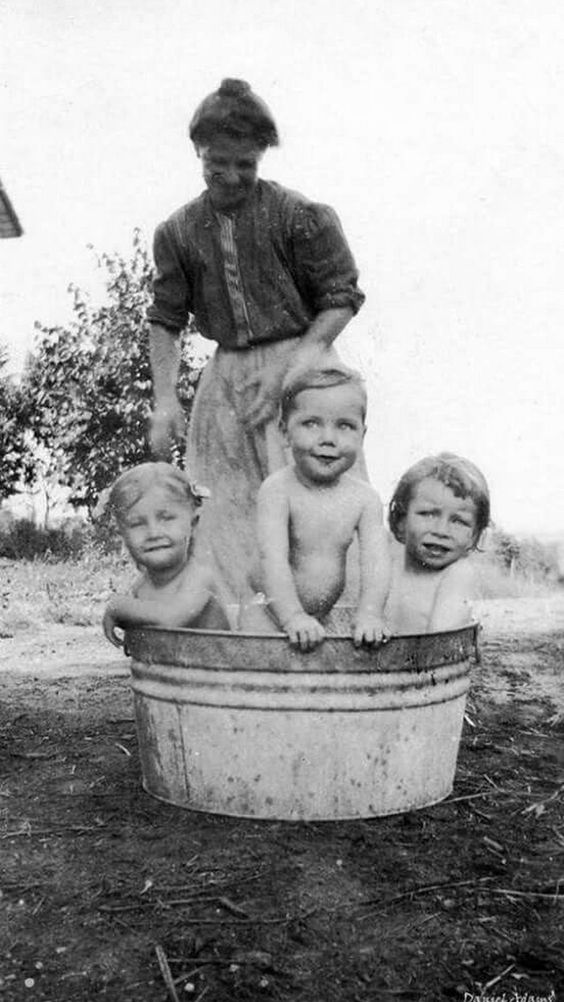 “On average, a women experienced five to seven successful   pregnancies (i.e. those producing a live child) every two and one-half years, up the age of 38 to 40.” QUOTE p. 115  OUR DAILY BREAD.

In the four generations of our grandparents going back to this period the average life span (barring accidental deaths) of 6 men was 73 years. The average lifespan of 8 women was 71 years.

“It was not surprising that women aged more rapidly than men. The life of the Hausvater (man) was hard, but that of the Hausmutter was doubly so. A man’s work required bursts of extreme strength and effort, but usually was punctuated with periods of inactivity or even leisure. The woman’s life was one of never-ending labor in her every waking moment: cooking three meals over an open hearth, baking, tending the children, hauling water from the village well, feeding any animals, milking a cow or a goat, sowing and weeding vegetables in the family plot, washing and mending the clothes and keeping the house. In the eighteenth century, it became more common to keep horses and oxen in stalls instead of pastures, and it was generally the wife’s job to walk to the family pots, gather the clover or hay and haul it to the animals’ stalls.”      QUOTE p. 114  OUR DAILY BREAD.

There is a longer detailed read about education (translated from German) at <https://translate.google.ca/translate?hl=en&sl=de&u=http://www.remme-dohren.de/Chronik-doc/06.Schule_Dohren.doc&prev=search>. The Doren in this article is 100 or so miles West of the Doren Village where Luise spent her childhood and youth, but I believe it describes most of what was happening educationally in all villages of the region. 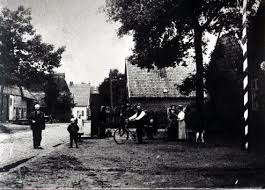 Life for our HUMBKE and SCHNEPEL ancestors in the early German villages of Windheim and Dohren was largely influenced by religion, wars and their status as peasant farmers. The resulting hardships were the primary causes of a mass immigration of German peasants to the new world for freedom and the opportunity for a better life. Their status as peasant farmers and  and wars were the biggest influencers and saw the greatest changes in North America. The church was just as strong in their life and the first public, shared facility to be built until the early 1900’s. 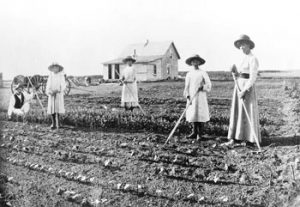 Luise was the mother and matriarcal leader who played the most critical role in the successful establishment of descendants in North America and further.

For the best and easiest description of Governance; Law and Order; Marriage and Inheritance; Family Roles and Relationships; Work; The Village Year; and Emigration during this period I recommend “OUR DAILY BREAD” German Village Life, 1500-1850 by Tev Scheer It is a historical fiction that is based on facts and historical documents, yet tells the story of the fictional Mann family in an easy-to-read format for the average reader.

You can either get the book from you library or purchase it online from Amazon in the USA  for $19.95USA by clicking on: OUR DAILY BREAD

I bought my copy from USA Amazon as, in the order, I wanted additional books that were not available from Amazon Canada. .

For ordering on Amazon Canada click on this OUR DAILY BREAD 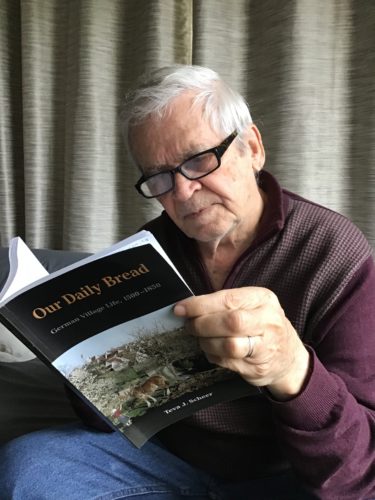 Further information is given in the Review under the title on this website.

Please be aware that if you purchase this book or any other product on Amazon as a result of entering the Amazon website in this manner I will receive a reimbursement from Amazon known as Affiliate Marketing Income. Your support is appreciated and help me to continue with researching the families mentioned on this website. Thank you. 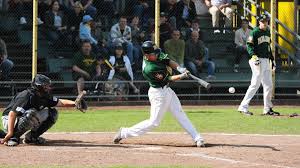 Dohren is a small village (1,000 pop.)  immediately North of  the village of Windeheim (1,500 pop.), both of which are on the West side of the Weser River (200  miles West of Berlin). The main occupation has always been farming and the Doren’s Wild Farmers play in the Germany’s major baseball league. Be sure to attend a game if you are ever in Dohren in the summertime.

So for at least 8 generations back from me, all I could find was farmers. In our family, I was the first male (followed by  5 brothers) to take up  different occupations than being a farmer. It has reminded me that an entrepreneur is closest to being a farmer in my mind and in that sense I believe I still have the characteristics and outlook of a farmer. I have come to value and appreciate my farming ancestors very much. 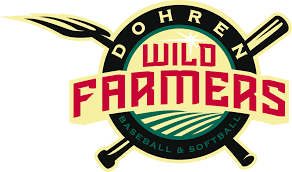 That being said, as I find myself aging I become more concerned with writing about the past from what I believe to be the truth than being concerned about issues of privacy, liability and hurt feelings. My ancestors and descendants are not responsible for what I write – I am] 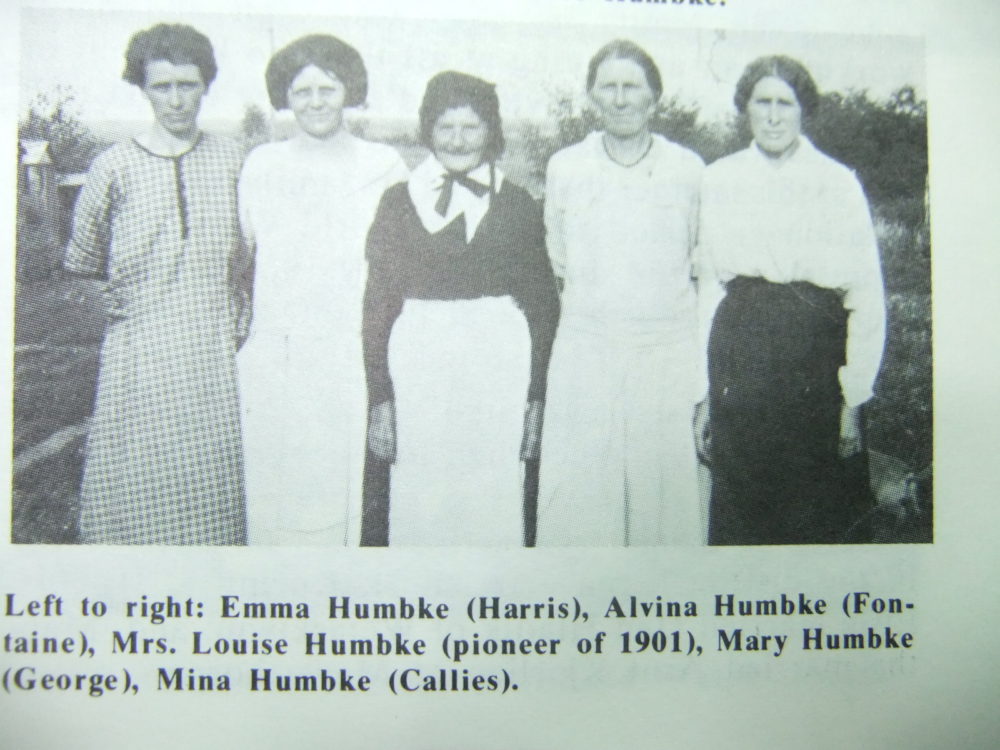 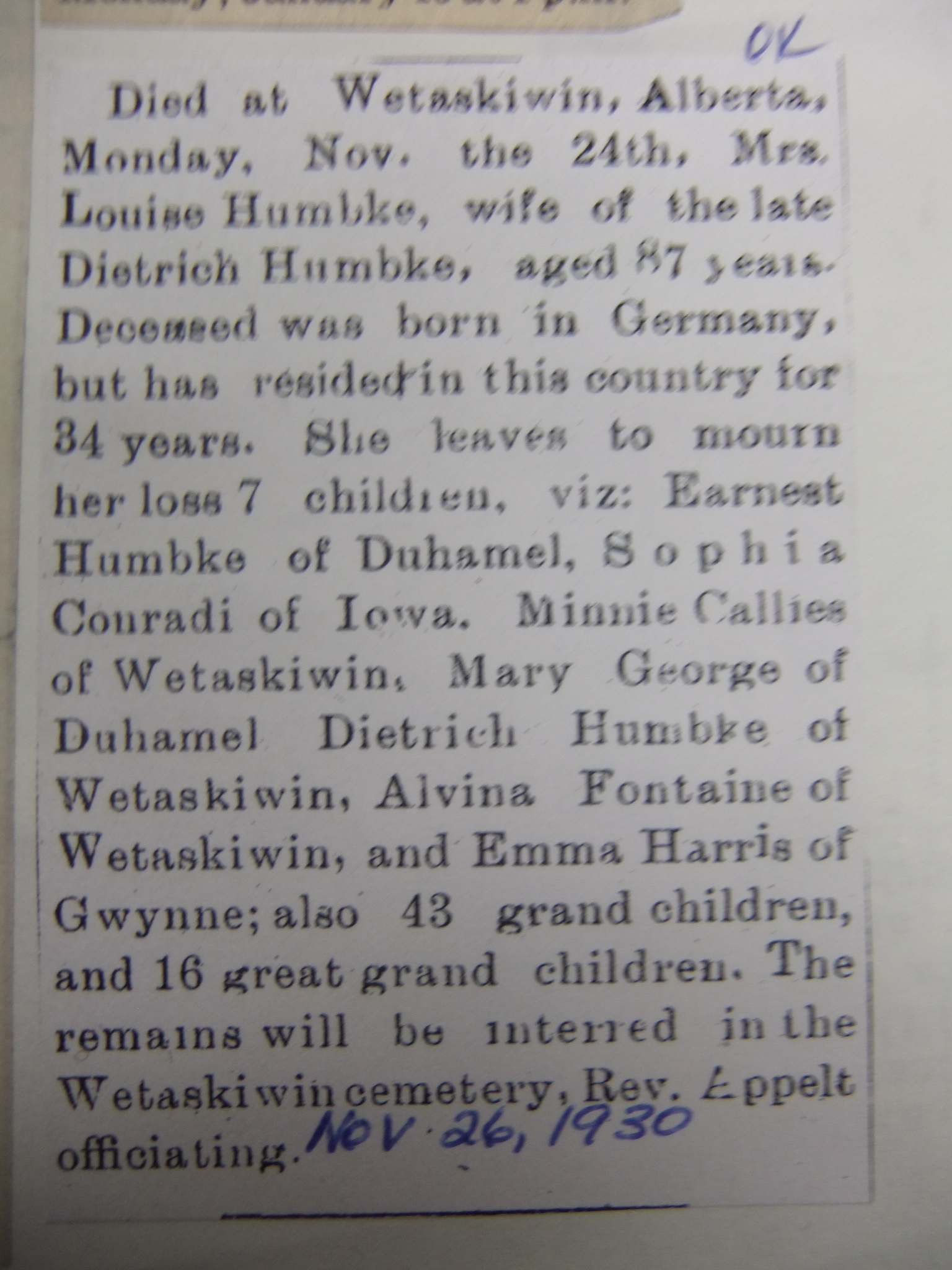 Grand Ma Humbke had also lost 2 more children while in Germany: Sophie Wilhelmine Louise at 2 months and Sophie Luise at 4 years.  At the time of her passing she had 43 Grandchildren and 16 Great-Grand Children (which would multiply many times over in the years to come). The number of Great;  Great-Great; and Great-Great-Great-Grand children has yet to be counted. Louise would have spent 40 years of her life as a peasant farmer’s wife in Germany; 7 years as a homesteaders wife in South Dakota; 29 years as a widow farmer 14 miles West of Wetaskiwin, Alberta. At 87 she would  outlive all previous grandparents and her children except for her youngest daughter Emma.

Sept. 11, 2018 would have been her 175 birthday and her faith would have her smiling down on us all from above.